UK takes on Elon Musk in the broadband space race 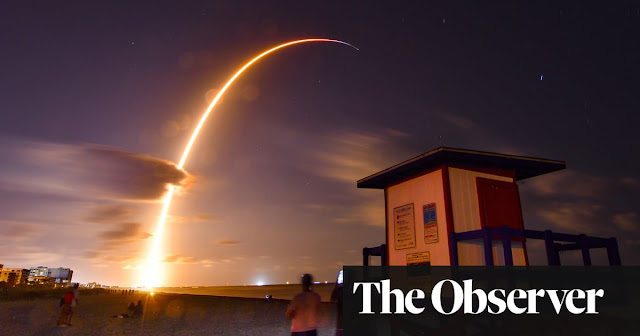 They are invisible to the naked eye, but can leave a streak of light across an astronomer’s telescope. Above our heads, the constellation of small satellites orbiting the Earth is expanding every month. Often no bigger than a fridge, they are part of a new space race as rivals compete to beam broadband internet to the hardest-to-reach places on Earth.

The frontrunners are Starlink, backed by US tech entrepreneur Elon Musk, and OneWeb, which is part- owned by the British taxpayer. The latter’s plan to build a network of 650 satellites is a centrepiece of the UK’s space strategy, unveiled in September.

In 2020, OneWeb was facing insolvency and the government was persuaded to rescue it. To Boris Johnson it was a gift from the heavens. The UK had been bounced by Brexit from the European Union’s Galileo satellite project, and there was Dominic Cummings, technology wonk and chief adviser, touting the network as a pathway back into space.

OneWeb at the time was focused on using satellites to provide accurate positioning information for anything from smartphone maps to emergency services tracking.

Johnson’s splurging of GBP400m of taxpayer money on a 20% stake was seen by Cummings as a perfect example of the high-risk, high-reward investment the government needed to avoid being left in the technological slow lane. Others called it a nonsensical gamble of public money and “nationalism trumping solid industrial policy”. Some experts suggested Britain had “bought the wrong satellites”. OneWeb’s lower Earth orbit internet satellites were, they said, inferior to higher-orbiting positioning systems such as Galileo, America’s GPS and Russia’s Glonass.

But now, with demand for satellite broadband exploding, Britain may – perhaps inadvertently – have bought itself a prime seat in another innovative yet fledgling space industry.

Rejuvenated OneWeb has attracted investment from Japan’s Softbank, the US’s Hughes Network Systems and India’s Bharti Enterprises. Bharti is the largest shareholder, with 38.6%, while the UK has sold down from 45% to 19.3%, on a par with Softbank and France’s Eutelsat, which is planning a further GBP120m injection this month.

OneWeb and Starlink are the only broadband operators to have actually placed satellites into space, and OneWeb is poised to provide a blanket of fast internet access, particularly to remote areas. The problem, analysts say, is that Johnson, who just weeks ago unveiled the UK’s ambitious new space strategy – promptly dubbed Galactic Britain – has yet to see its potential. 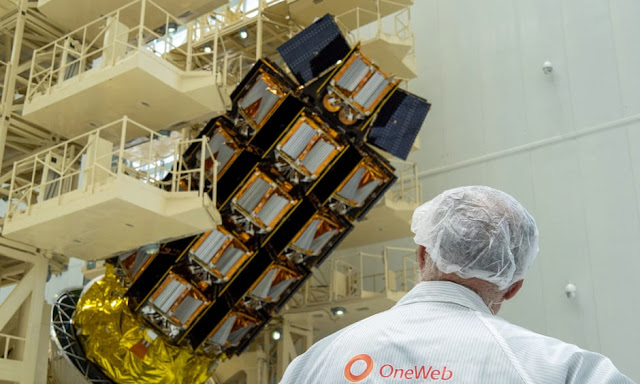 “When the UK withdrew from Galileo, we lost access to certain types of service that were essential for our national infrastructure,” said Marek Ziebart, professor of space geodesy at University College London. “The government tried to spin OneWeb as a cheap and quick way of delivering PNT [positioning, navigation and timing] services, and that was just a very bad idea. They haven’t let go of this idea yet.”

The flipside, he says, is that with 322 OneWeb satellites already in orbit and its constellation almost half complete, the UK is well positioned to cash in on a lucrative and geopolitically advantageous broadband market.

“Once you’ve started to occupy a part of space by launching satellites, it’s rather like the wild west land grab: other people are going to find it much harder to operate there as well,” Ziebart said. “You can see lots of people lining up to try to launch that kind of technology [and] it would put the UK in a technologically leading position if it all works. It’s in the UK government’s interest to have access to that kind of communications infrastructure. From a space policy perspective, getting a slice of the low Earth orbit communications satellite paradigm is really sensible, because that is the new paradigm.”

Washington State-based Starlink, with the resources of Musk and the entire SpaceX fleet at its disposal, has stolen a march on rivals, including Amazon’s Kuiper project. It has launched almost 1,800 satellites, has approval for another 10,000, and has submitted an application for a constellation of 42,000 – all while everyone but OneWeb is still on the ground.

Starlink is also the only operator to have developed a functional ground terminal to process signals from space into an internet service of up to 300Mbps, which Musk says is on schedule to finish its year-long beta testing stage this month. It expects to offer a mobile version of its fixed-location receiver, nicknamed Dishy McFlatface, by the end of the year.

The Kuiper project, meanwhile, with a $10bn investment from Jeff Bezos, has federal approval for 3,236 satellites, and in April signed a contract with United Launch Alliance for its first nine deployment flights, on dates yet to be determined. Other projects include a 13,000-strong constellation from China; a micro-satellite venture from the private company Astranis that is targeting Alaska; and Telesat, a Canadian company that won a CA$1.44bn (GBP841m) government grant for its planned 298-satellite network.

The EU is investigating launching a constellation to provide satellite broadband by 2024. “We cannot have the first service in 2040. If we do that, we are dead,” Jean-Marc Nasr, head of Airbus Space Systems, who is leading a feasibility study, told the European Space Conference in January. Last month, however, the Sunday Telegraph reported that Brussels was mulling its own investment in OneWeb, raising the prospect of the EU joining the existing UK-Indian consortium to take on Starlink.

Yet even OneWeb, with secured investment already close to $5bn, is unlikely to be able to match Starlink, and eventually Kuiper, for scope, wealth or size of client base.

Nor is it trying to. OneWeb chief executive Neil Masterson told CNBC he believed the demand for satellite broadband could support several vendors. “There are some areas where we will compete, but governments will always buy more than one service,” he said. “Multiple players will be able to be successful in addressing their market.”

Satellite broadband has also attracted criticism. Astronomers and environmentalists are angry at light pollution from satellites in low orbit, and trackers of space debris point to vastly increased collision risks. Ziebart’s students modelled a 10-year scenario showing an alarming spike in the numbers of orbiting satellites.

Professor John Crassidis of the University at Buffalo, who advises Nasa on space junk, said: “We already monitor some 23,000 objects of softball size and bigger. To add to that many more satellites is going to be an issue in terms of collision avoidance.”

But the market appears limitless. One possible client group, highlighted by business website Quartz, could be those wishing to circumvent censorship in regimes such as North Korea and Afghanistan. More traditional customers would include emergency services, the military, agriculture and the cruise industry – anyone seeking fast internet access where wired connections are unavailable.

Cummings, architect of the government’s investment in OneWeb, is long gone from government, but with Britain’s space industry worth GBP16bn a year and 45,000 jobs, Johnson has no reason to pull back from OneWeb.

Philadelphia subway riders witnessed rape but did nothing, officials say

Facebook to pay up to $14.25 million to settle U.S. employment discrimination claims

S&P 500 Rallies Ahead of Fed Decision

Olympics-Beijing Games to allow spectators only from mainland China